I bidded for a Coach Poppy Patent Leather Small Wallet in eBay Malaysia and the auction ended Tuesday evening. My highest bid was at RM100 on Sunday night and I was the highest bidder until someone outbid me on Tuesday. I thought of letting the auction end but out of the blue I remembered about this auction just 30 minutes before it ended. I check out the auction and the bidding was at RM109. I told mum about it and she didn’t object me buying it so I placed my bid at RM110 and I was auto-outbidded and I re-bid at RM111 and waited excitedly for the auction to end!

This was taken when the auction was 14 minutes before ended. So excited and anxious. I kept thinking some bidder will suddenly pop up and bid for it. 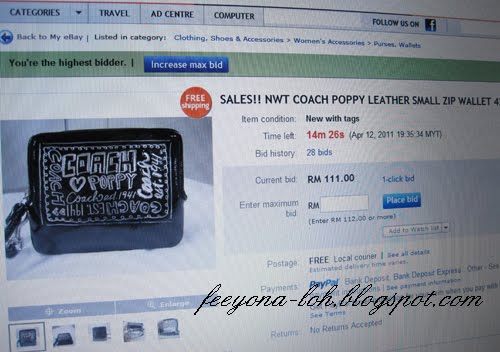 And yeap. I was the winning bidder alright. Almost immediately after the auction ended the seller sent me her banking details and I transfered the payment to seller soon after receiving the email and seller responded with confirmation on payment received. Everything happened in just less than half an hour. Aren’t both of us efficient? 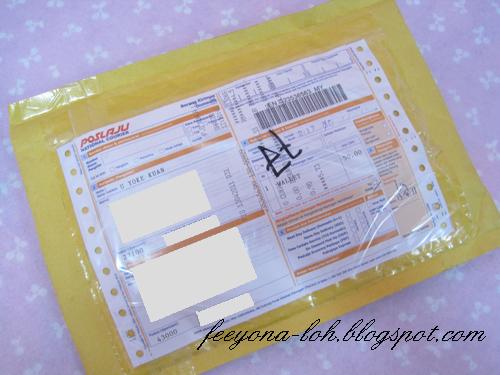 A plastic was used to wrap the wallet. 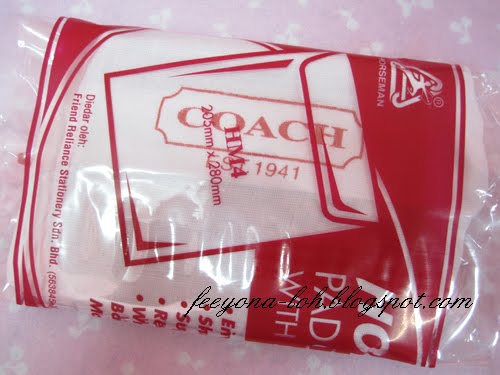 Upon removing the plastic, the wallet was stored in Coach dust bag. 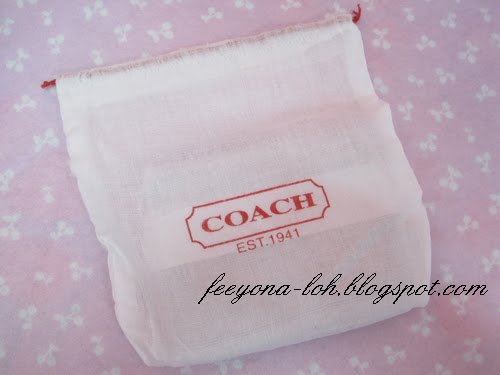 And I didn’t expect Coach tissue was also used to wrapped the wallet. Nicely wrapped too. 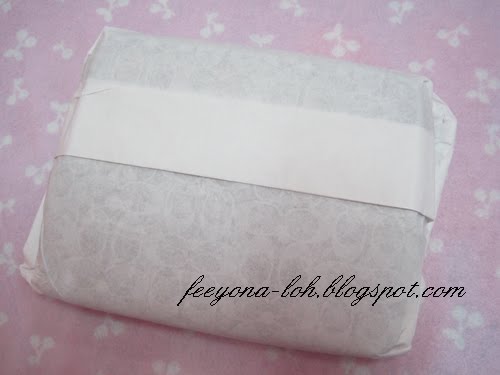 And here’s the wallet. I only realize the hangtag was missing until I read the item description when the auction ended LOL. Blur me. Hangtag or not doesn’t bother me. Initially the wallet was selling at actual price until seller put it on sales price of RM200 a few months back. I nearly bought it at RM200 but thankfully I didn’t =). My guess is it wasn’t moving so seller put this for bidding which starts at RM9.90. 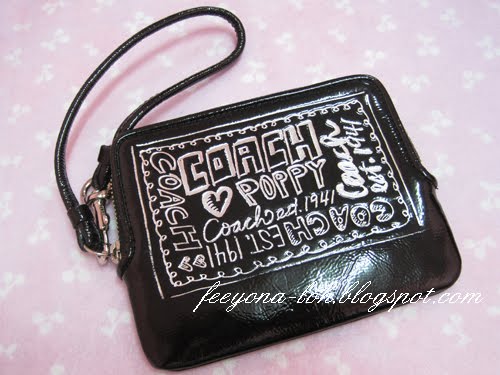