I have been keeping a secret for more than a month now. I found out that Brand’s InnerShine will be launching a new product mid of November and I was one of the blogger that undergo a 28-days trial. Every new product that are scheduled to be launched are highly confidential. As much as I wanted to shout out to everyone I know or introduce it to my fellow readers, I have to just gulp and swallow the excitement. But of course I was accompanied by yummylicious InnerShine RubyCollagen Essence for the whole month before nearing the launch day.

InnerShine turns back the clock with anti-ageing miracle RubyCollagen Essence

InnerShine RubyCollagen Essence is an anti-ageing oral supplement which contain proprietary formula supplies called the RubySignature™ which works to defy ageing process. How it is done? Well by performing a vital triple-action of “supply, protect and support” for a younger looking skin! 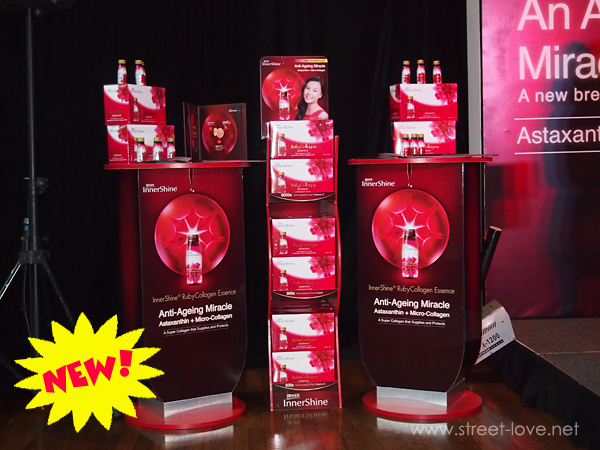 The event started with a welcome remarks by the emcee of the day. 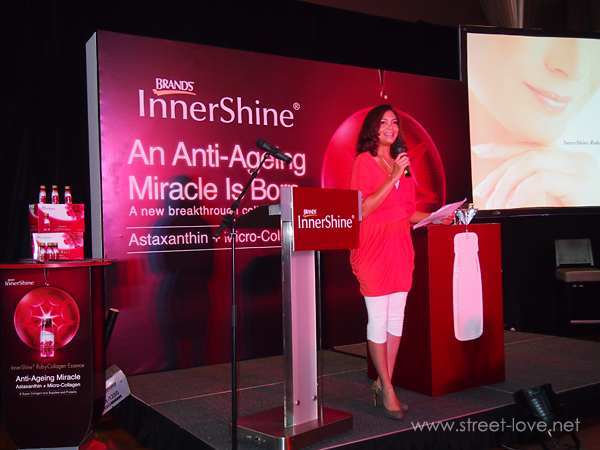 Mr. Koh Joo Siang, Vice President & General Manager of Cerebos (M) Sdn Bhd gave us an opening speech. He said “The creation of InnerShine RubyCollagen Essence with the proprietary RubySingature™ formulation which supplies collagen while protecting and supporting its presence in our skin will see a new standard being set in the collagen supplement market in the country.” 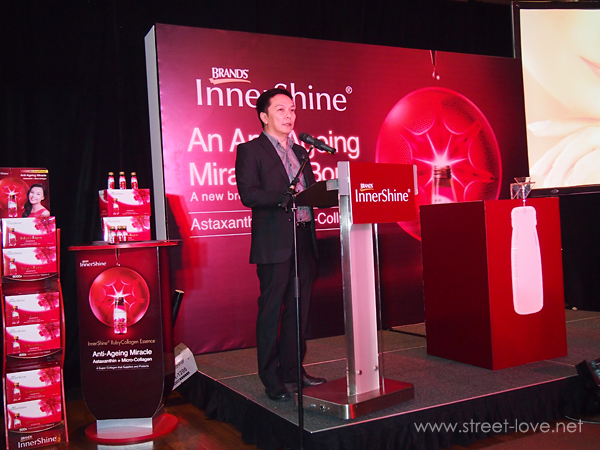 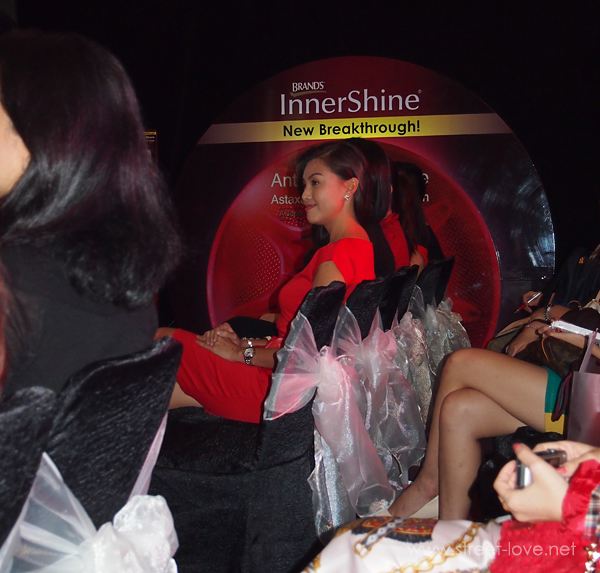 Dr. Lua Bee Leng, Senior Scientist of Cerebos Pacific Limited shared the benefits of the new product. She said “We are constantly exposed to UVR which accounts for approximately 80% of visible skin ageing. By taking InnerShine RubyCollagen Essence regularly, skin ageing can be slowed down. Astaxanthin provides protection against reactive oxygen species generated from UVR thus preventing further degradation of collagen and other matrix proteins that provide skin’s flexibility and strength.”

Actress and model Carmon Soo was chosen and announced as ambassador of the new beauty drink as her sophisticated beauty embodies the brand personality. She will be involved in a 360-degree marketing campaign, which will include a television commercial and print advertisements 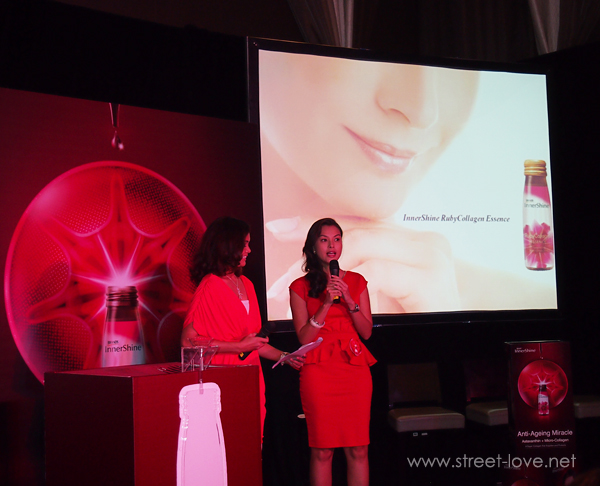 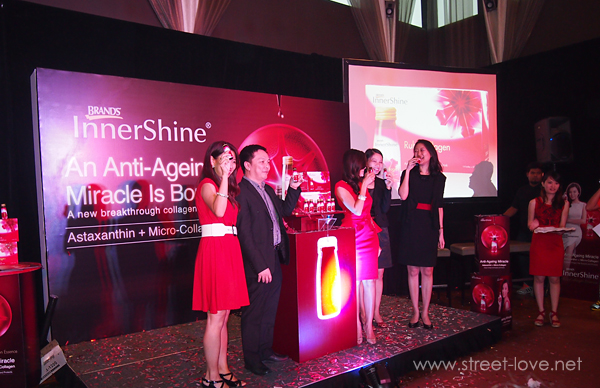 Mr. Koh added that this breakthrough oral supplement will address women’s needs for more complete and holistic anti-ageing  skin care regimen by consuming and nourishing from within to complement to the existing topical beauty regimes. 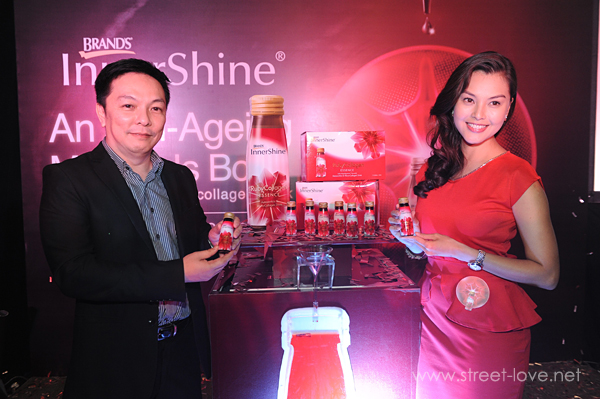 Guests were then served with chilled RubyCollagen Essence. 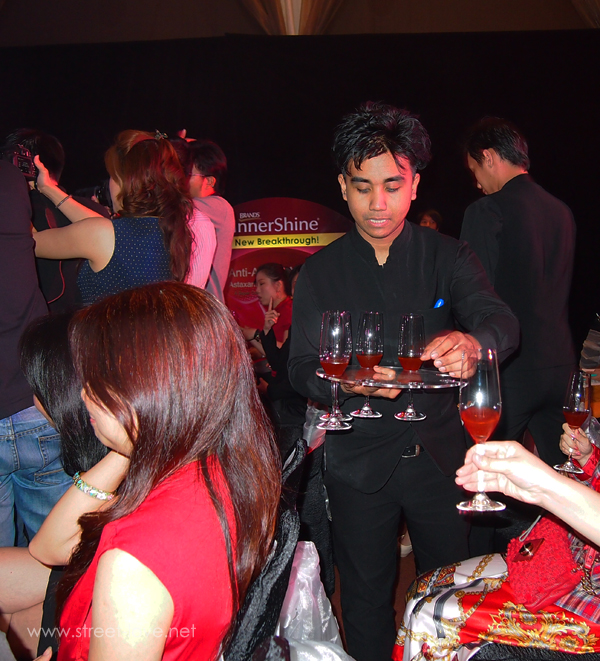 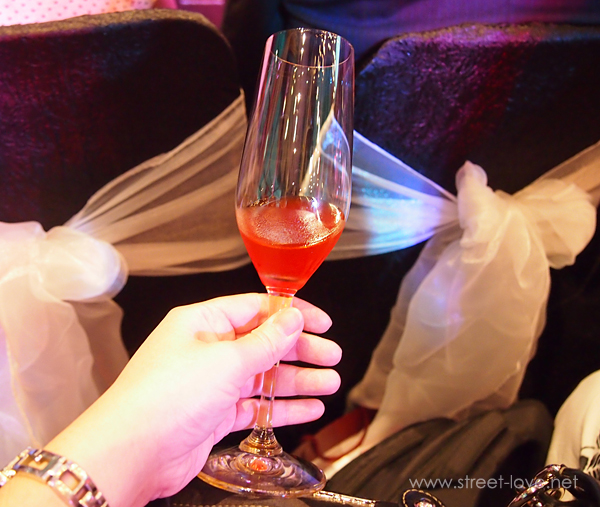 RubySignature™ formula is a precious blend of easily absorbed micro-collagen derived from fish and Astaxanthin which is extracted from a special strain of micro-algae found in Sweden!

What makes this collagen drink special is that collagen is supplied to the skin to improved elasticity and firmness while Astaxanthin protects the skin with a natural shield against harsh collagen-depleting rays of the sun. It also support microcirculation for the delivery of nutrients to the skin cells.

Brand’s InnerShine RubyCollagen Essence is available at leading pharmacies and supermarkets for RM142.90 for 14 bottles x 50ml. For more information on the new anti-ageing miracle, do call the Customer Careline at 1-300-228-300. 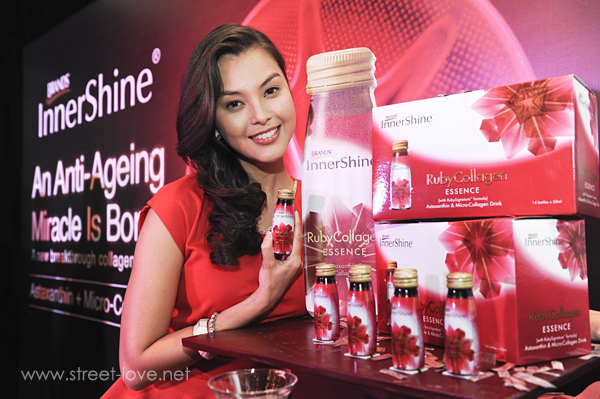 Some of you saw me hinting here and there that I’m going for a video filming. The video is actually a testimonial video after consuming for 28-days for the launch event. You wouldn’t think I’d end this post without embedding the video here for you right? :). Enjoy!

Stay tune for my review next week!