Lilac Box is the only beauty box in Malaysia that claimed themself as a beauty box that ONLY provide premium brand samples. No drugstore stuff. Just premium and nothing but premium. They’re not cheap too. Starting off with a debut box for only RM35, they have since increased to RM49.90 from Box 2 onwards. Debut box was impressive, so is Box 2. I was expecting Box 3 to be as impressive as the previous 2 boxes and when Box 3 subscription was open for ordering, the 3 guys created a hype on their Facebook page saying they didn’t realize it’s going to be THIS full!! and soon marketing strategy Facebook blasting such as it’s the best box ever, it’s going to be awesome and the most epic one would be “you’ll need some help carrying Box 3”. So when you saw this kind of blasting of course you will expect what was promised right? You wouldn’t thought they would dare to boast in Facebook right? 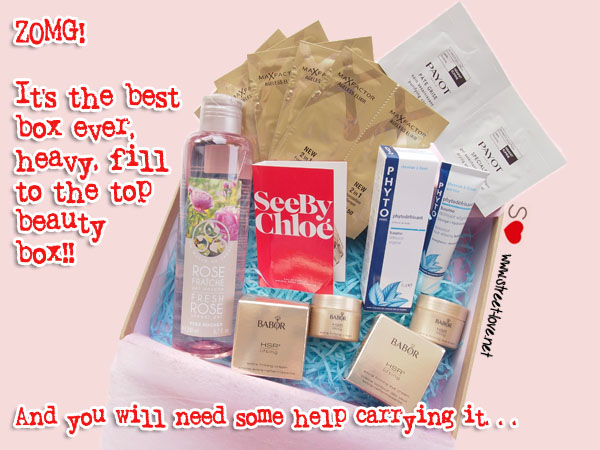 I don’t bother to edit and post up picture item per item so here is the content for “the heavy, fill to the top, best box ever until you need someone to help carrying” box.

Now tell me do you see what’s wrong with the content versa the hype created?
#1 – It’s not as heavy as claimed. Even the full size shower gel is not heavy at all!
#2 – It’s not as full and fill to the top as claimed. Box 1 and 2 is way heavier and FULL.
#3 – Yves Rocher is premium?? Since when? The brand may originated from France but that doesn’t mean it’s premium! And if it’s premium the price will not be RM39.
#4 – Once again…Max Factor is NOT premium. I’ve mentioned this to one of the guy that having a counter inside departmental store doesn’t mean they are premium! And sachetsssss?
#5 – Babor deluxe is so small! Remember when Wonderbox gave out nearly a whole box of Murad? They received a lot of backlash for giving out such a small size sample which is similar to these Babor. Yes they are premium cause they are hard to find at departmental stores or counters and they are expensive.
#6 – Way too many sachet!! Once again…remember when Vanity Trove gave out sachet + smaller size sample and they too get a lot of backlash because their subscription is expensive? And mind you Vanity Trover NEVER claim themself as premium. Well that wasn’t the worse. This is worse.
#7 – There are no product description card included because everything is uploaded on their website. While I’m looking at the content I wasn’t able to read the card at the same time to understand the product more.

Wrong marketing strategies. By creating hype in the Facebook is to sell the boxes. That’s all. I don’t think so this is “honest mistake” because honestly telling you it is not. I believe 3 adult guys would know what is suppose to be said and what’s not. Saying sorry and that they will choose their words wisely in the future just doesn’t make it. I can slap you in the face and say sorry with my eyes wide open because what is done is done. Previously I have readers telling me how rude they are and I tried consoling them until I experienced the rudeness myself. YES THEY ARE RUDE AND ARROGANT. They take comment and feedback personal. Even with me leaving a comment in their Facebook which never meant any harm or hidden meaning also I get smack on the face. Well done to the only premium beauty box in the country.

I see there are girls that are so sad because they didn’t manage to grab a Box 3? Haiya…I’ll sell you mine!!! I’M DEAD SERIOUS. Just drop me an email! The box will be yours!!!!!!

Disclaimer: This is not a sponsored review. I subscribed for the box on my own. 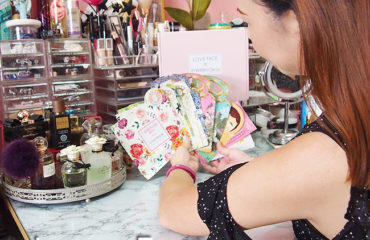 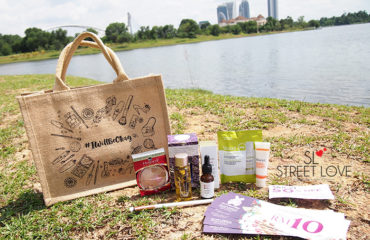 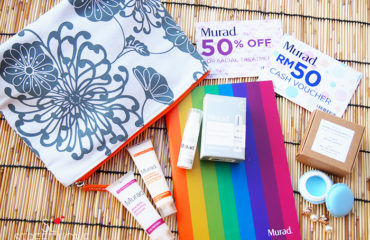