If it’s not due to the extremely high international shipping fee for BH Cosmetics, I would have not bought anything from Mysale.my. I told myself this would be the last time I buy from Mysale. Let’s face it. I’m not the type of person that can wait nearly two months for the parcel to arrive.

I placed my order on the 30th June 2014 and the estimated delivery is within 29th July to 5th August. I tried contacting Mysale FOUR TIMES to track my parcel but to no avail. The tracking provided in the member account is literally useless. I called Quantium only to be told that Quantium’s role in this is to act as a third party on all custom related matters. All Mysale parcel is under ABX responsibilities. Oh Lord. The nightmare begins. I’m not going into details on what went on with ABX. Let’s just say they are the first courier company that shout, yell and scolded me – the customer. To cut the story short, I received the parcel this morning, with lots of anger cursing written on the shipping label. I have to photoshop it out because it’s nasty. This is the condition of my parcel. Soiled. The supposed to be hard and sturdy padded envelope is as soft as a tofu. 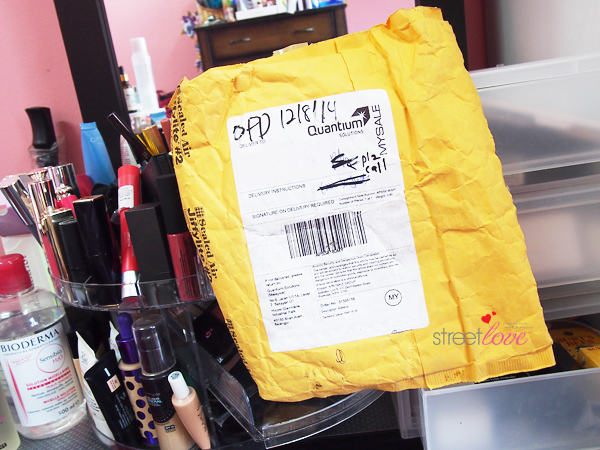 Then I found THIS. It is so obvious that my parcel was compromised. Based on my online buying and selling experience, the glue on padded envelope is quite secure, unless the content is huge and force into the envelope then yes, box tape is needed. 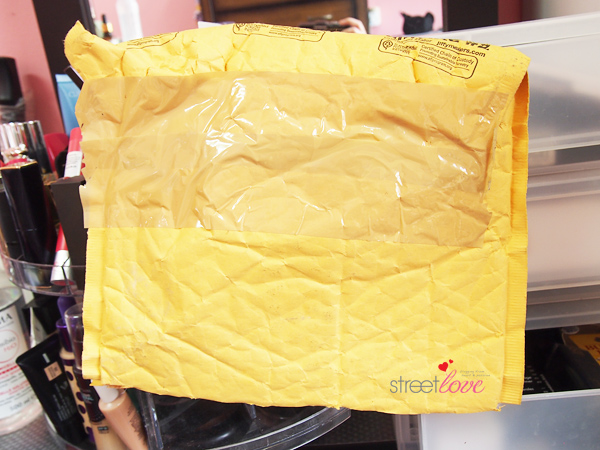 I peeled off the tape and to my horror, I found that my parcel was forced open on the opposite end of the actual opening. It was done on purpose. 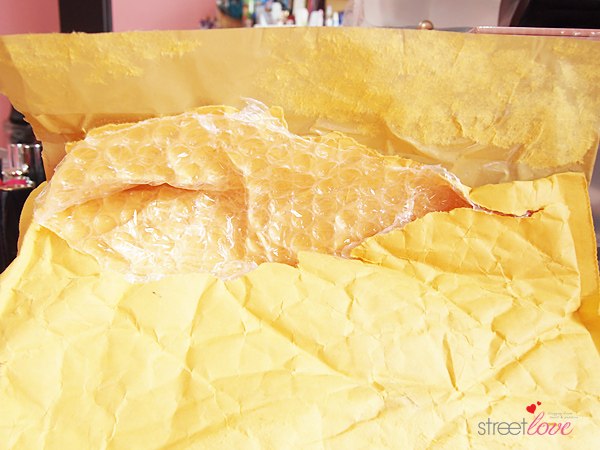 For comparison sake, this is how the parcel of my first Mysale purchase looks like. When I bought just one small item, they can’t steal it wouldn’t they. That would be too obvious. 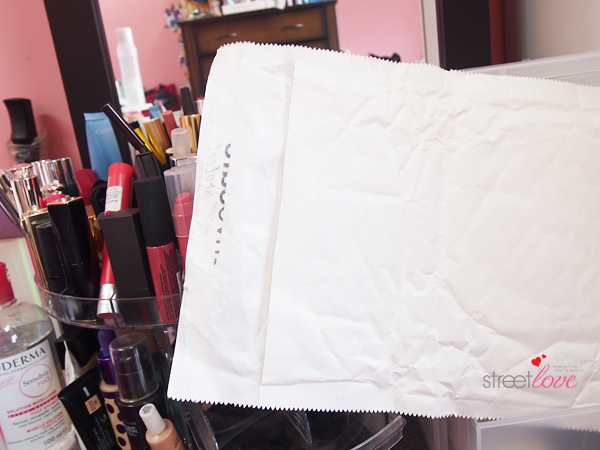 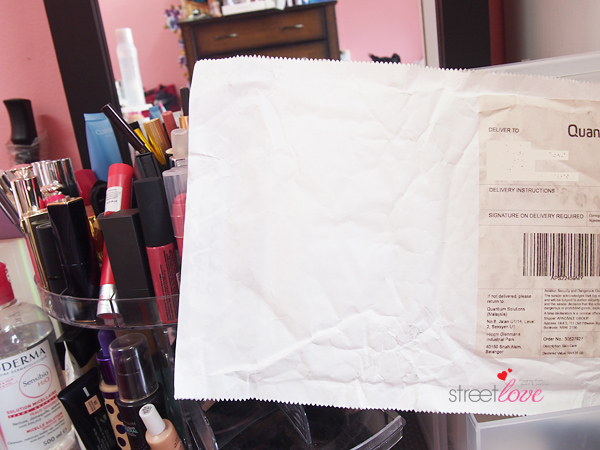 This was what’s left inside the parcel after the son of b!tch (sorry for my language) stole half the content of my actual haul. 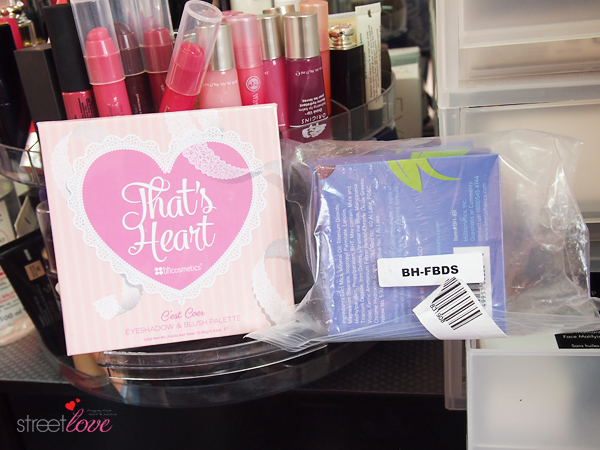 I didn’t really buy much. As you can see from the below invoice, I only bought two That’s Heart Eyeshadow & Blush Palette and a set of five Floral Blush Duo. 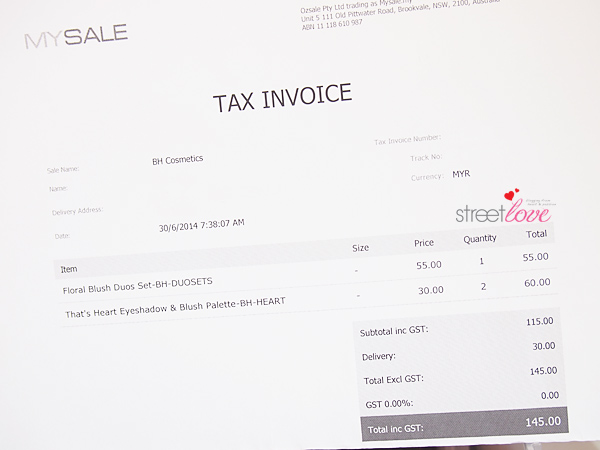 So. I only saw ONE That’s Heart palette in my pathetically ripped parcel and THIS. One glance and I already know what is wrong with the packaging. The Floral Blush Duo comes in a set of five. I only received THREE. Can you spot what’s the problem by looking at the below photo? Did you see the barcode sticker? Again, it is so obvious that the son of b!tch (sorry but no sorry) ripped off the packaging, steal two blusher and simply stick back what’s left of the barcode sticker in such manner. 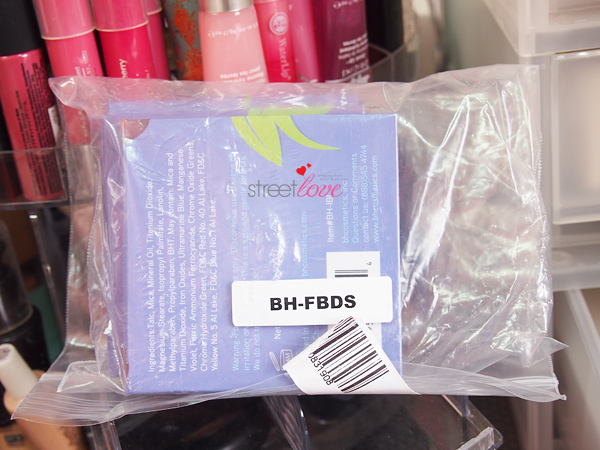 I showed this to Mysale people (more story on that below) and they confirmed that the actual packaging with barcode sticker should be like the photo below. This was how it was sent out. 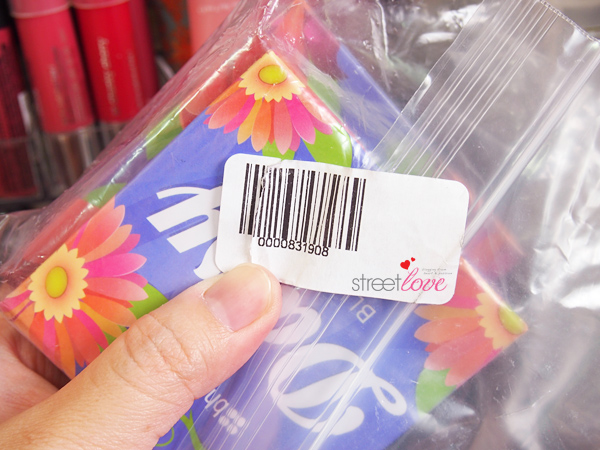 My incomplete Floral Blush Duo collection thanks to YOU MOTHER %$^*@# SON OF B!TCH! 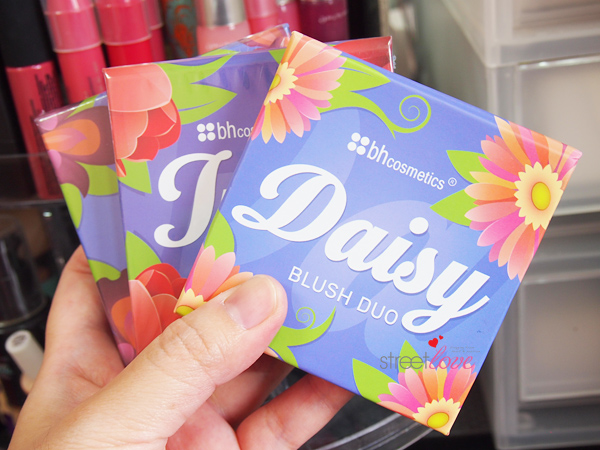 This is not the end to my story yet. One thing I like about BH Cosmetics is that EVERY SINGLE ITEM IS SEALED. I told you that I received three out of five Floral Blush Duo right? Well, the thief was so kind to left me with one opened blusher. You see where he/she is heading to? I know I’ve been repeating the word “obviously” but IT IS SO FREAKING OBVIOUS that he/she was ripping the seal off to choose the blusher shade!! I even told this to Mysale people and he agreed too!

So now the question is. Why would he/she left the opened blusher to me? Why? As I was driving home from Mysale office this afternoon, I realized that this particular blusher contain half shimmery gold shade. The mother &^$%& must have had the shock of his/her life that he/she have not a single blardy clue on how to use it. Typically a blusher is either pink or coral. Wouldn’t it shock the small pathetic brain of this thief that half of the blusher is in shimmery gold? HAH!!! 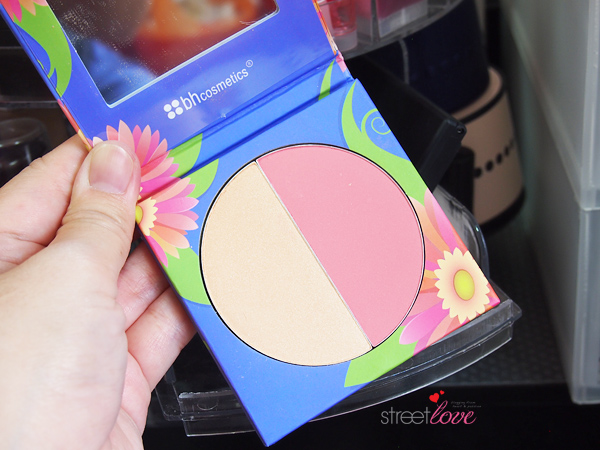 After I reached home, I told mum what happened and then only I realized that this blusher was swatched. I wouldn’t have notice it if it’s not because my mum’s room was bright. I have totally missed it in my own room.

ABX…why don’t you just steal the whole parcel? Wouldn’t it be easier for you and me? Hah? Why? Just take the whole damn thing. Why leave me with this you jerk!

I can almost tear someone apart when I can’t reach Mysale in a timely manner with regards to the stolen items from my parcel. If you haven’t deal with Mysale before, don’t ever buy from them. It is a pain in the a$$ to get someone to reply to your enquiry. Mysale website is designed in a way that there is no visible office address on the web, no contact number nor is there any customer service hotline to call to and there wasn’t any email address that you can email to. The only way members can contact Mysale is through the My Contact tab in the website. That also will take a few days for them to reply. And if they do ever reply you and you replied immediately, they won’t reply anything until the next day. It’s like these people are told to only check messages once a day. And when they replied, this is the stupid answer I get. A complete ZERO connection to my query. 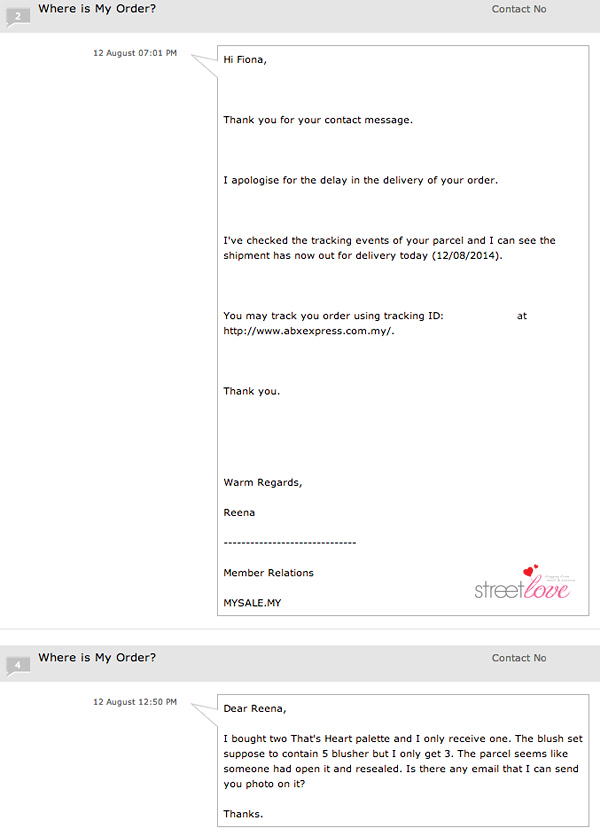 I do wonder if anyone ever feel the need to look for Mysale there and then to solve an important issue like stolen item, receiving fake goods etc. Yes I do read that some received fake goods. Why I ask? This is because when I was googling for information on whereabout is Mysale, I read a lot of rant on blogs but none of them took any action. Same goes to Facebook posting. You know what? The amount of complains that I read is phenomenal. It is unbelievable how such a good deal site is turning into a complete disaster. It is good for the company that they managed to reduce manpower and avoiding to deal with human directly. As a consumer, I would not return to the site anymore. Some people said it’s a scam site as there is no physical office number or office in Malaysia. I don’t think so Mysale is a scam site. They just need to fasten the seat belt and WORK FASTER.

So back to how to contact Mysale. If you really do Google you can find an email, office contact number and office address IN the website. Actually I was provided a number to call by Quantium but no one seems to be picking up phone calls. So I decided to drive 40km all the way to Mysale office to try my luck. My blood was boiling and I have to storm into Mysale office. I first saw the letter box next to the parking floor elevator. There is a sticker on one of the box that wrote “Ozsale Sdn Bhd moved to 1.03”. So I went up to 1st floor. It turns out that there is no unit 1.03. I went back to Ground floor, which is initially Mysale office floor. I managed to find unit G.03 with a sign on the main entrance saying it’s Mysale warehouse. I was so lost until a guy, who was walking towards my direction, asked if I would like to return something. I asked if he’s working at Mysale. He said he’s working in the main office which is just next door. This could explain why there was no one picking up the phone. They’ve shifted to next door and possibly with a new office number as well. I followed him and I find myself standing in Mysale office. Not a glamorous one. The bags, clothes etc display looked rather odd and cheap? I managed to spoke to a guy in the nicest possible. I did not yell or shout because it is not his fault anyway. I told him the issue, what was missing and he offered a refund for one That’s Heart palette and half of Floral Blush Duo. I agreed with the refund amount, gave him all my banking details and he immediately proceed to email their Finance department in Singapore. According to him, the refund will took maximum one week. I also note down his name and number just in case I needed to check on the refund after the one week refunding period.

In conclusion, if you find yourself in a similar situation or worse, just go to Mysale office. They are not shock to see me appearing at the front door which means I’m not the first to do so.

That’s on Mysale part. Now what can I do with ABX. The more I look at the way the parcel was ripped off, the more I want to take action. If contacting Mysale is hard, contacting ABX is even harder. I have to call ABX 10 times in order to get someone answering the phone. And that person kept telling me parcel resent back to “PS”. When I ask what the heck is PS, he said “Petaling Jaya”. Tell me you won’t get heart attack talking to these people. 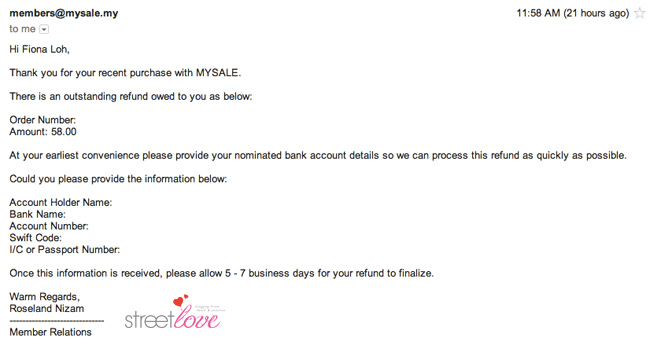 Totally disappointed when I received an email from Mysale requesting for my bank details that was provided on the spot when I was at Mysale office. This proves that there is absolute ZERO communication with the people working in Mysale.

Login to my bank account for fund transfer and I saw that Mysale had refunded RM58 into my account. 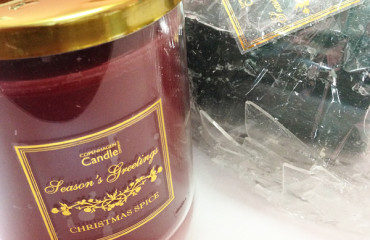 Third time’s a charm? Unfortunately not for MySale 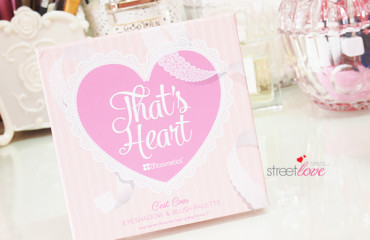 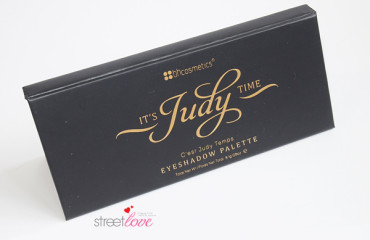