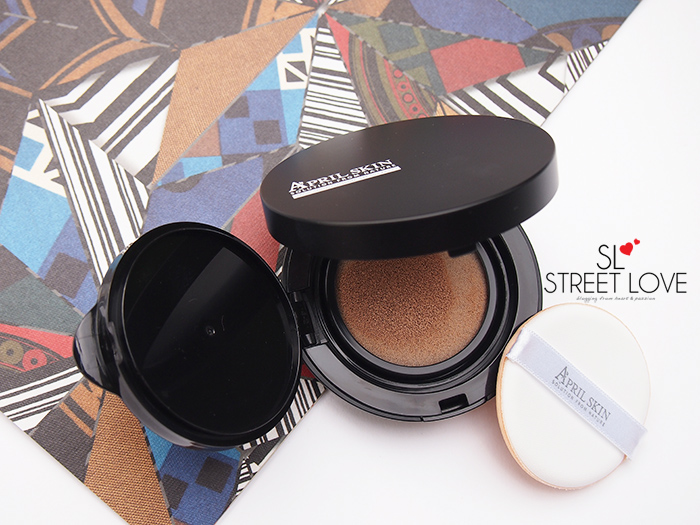 April Skin is not available physically in Malaysia. You can only get it online from various random reseller. But there’s a catch. Fake April Skin products. Yeap. Lots of it. The beauty buffet I attended was organized by Shopee and I guess Shopee wouldn’t throw in fake products for the media to grab. Just to be safe, I googled for tips on how to identify the authentic vs fake April Skin products and happy to say that mine is authentic. Phew!

I have no idea what was printed on the box as everything is in Korean. The one I have with me is the Original version aka the old packaging, in shade 22 Pink Beige which is a natural color for yellow tone and red skin tone according to Amazon. Not sure if you know this but Cushion BB and Cushion Foundation is totally different thing. I had a conversation with a few friends and they don’t even know there are such thing! If you could recall a few years ago when cushion product hits the beauty scene, it is all Cushion BB. It is only recently brands started to recreate the same packaging for foundation hence Cushion Foundation was born! This one is Cushion Foundation alright. What this means is that the foundation is all saturated inside the cushion and you use it just like a Cushion BB. 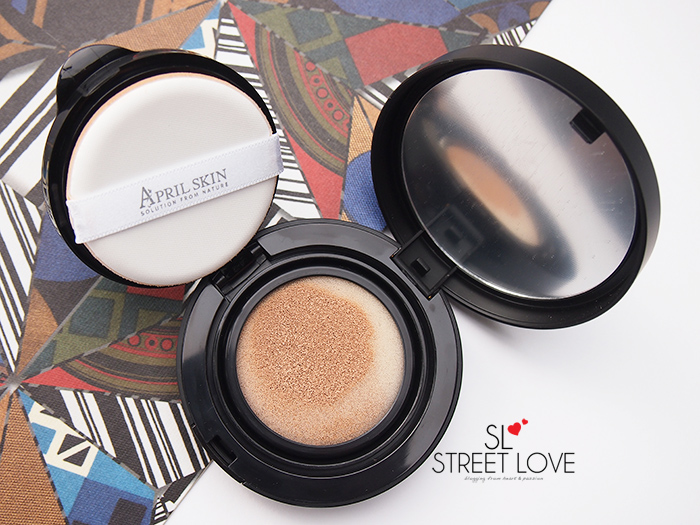 What I find fascinated with this April Skin Magic Snow Cushion is the “mochi” cushion. I notice that the cushion surface are raised. That is because the foundation is kept in a mochi-type sponge bag. This type of sponge according to April Skin works by only delivering sufficient amount of product when the cushion is pressed with a puff. It allows the foundation fluid intact and keeps the product hygienic. 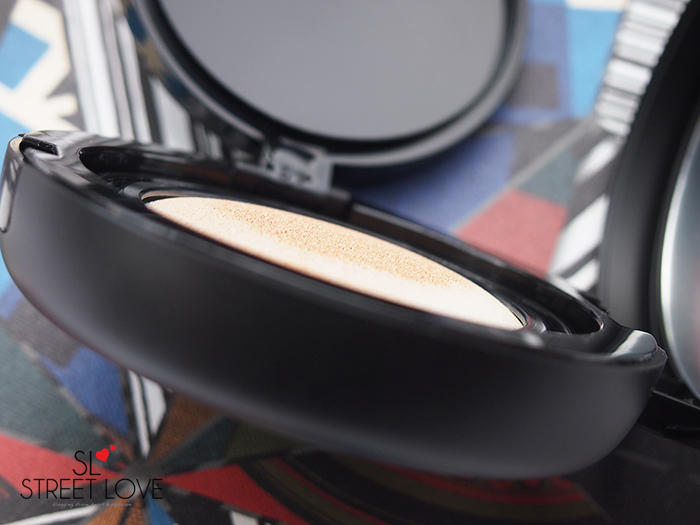 If you think you have large pores, think again. April Skin Magic Snow Cushion had worse LOL 😛 . I do find the cushion’s sponge to look rough in a way with such large pores. It gave me goosebumps all the time but hey, it is by far the best cushion sponge I have seen or used. It works as how it is supposed to be – delivering sufficient amount of product when the cushion is pressed with a puff therefore I do not see excessive products coming up to the sponge surface. 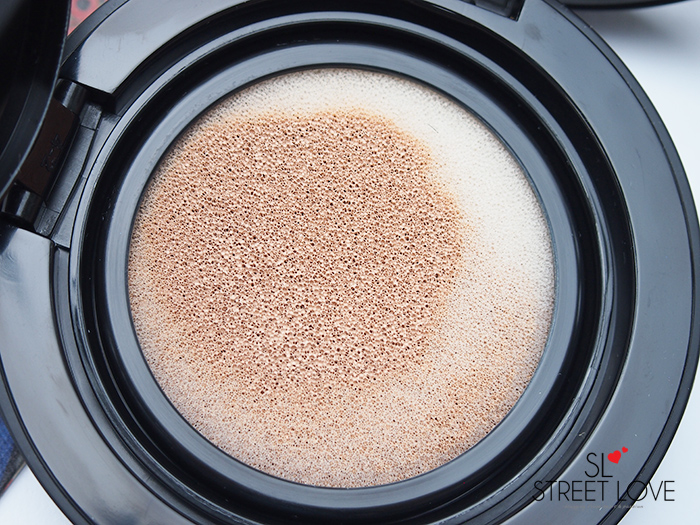 My favourite is the puff. I kinda like Sulwhasoo’s puff as I find it to be thicker and bouncier than other cushion such as Innisfree. But April Skin’s puff is like a whole new level. It is thick, soft, fluffy and oh-so bouncy. Some people like to put two fingers to the puff holder but I like to put three as it is more stable and doesn’t move around during application. 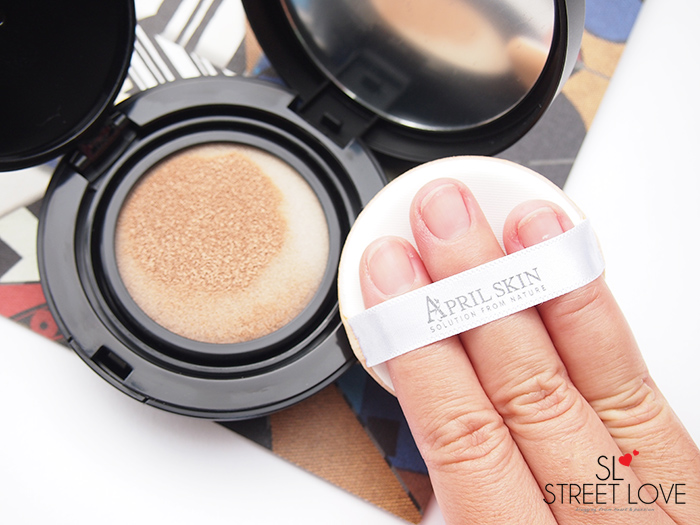 The puff looks like a powder puff. At first I doubt it can take the liquid well. Boy oh boy I was so wrong. Till to date I have used the cushion foundation so much and believe it or not till now I still have not wash it yet, not even once and it work just like new. 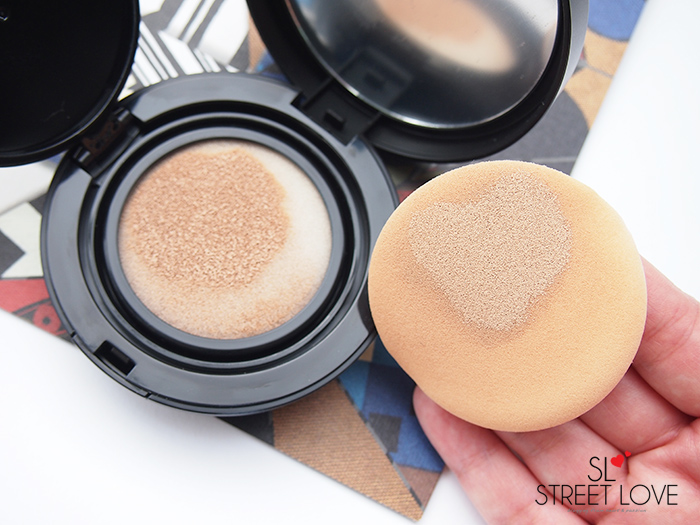 April Skin Magic Snow Cushion may be the highest coverage cushion foundation out there. It is really as what I read and heard. With just a few seconds of bouncing the puff on the skin, I was done with my base. The coverage is so high that I do not need any concealer at all. This one literally acts as my foundation and concealer at the same time. 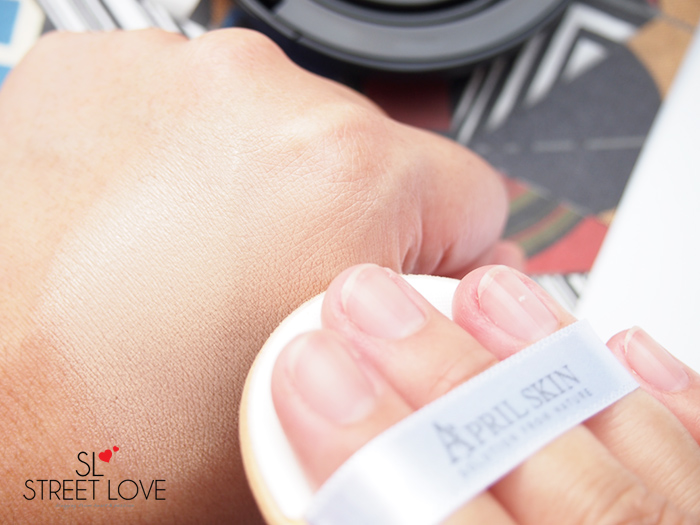 Here is the Before and After with just a light layer. 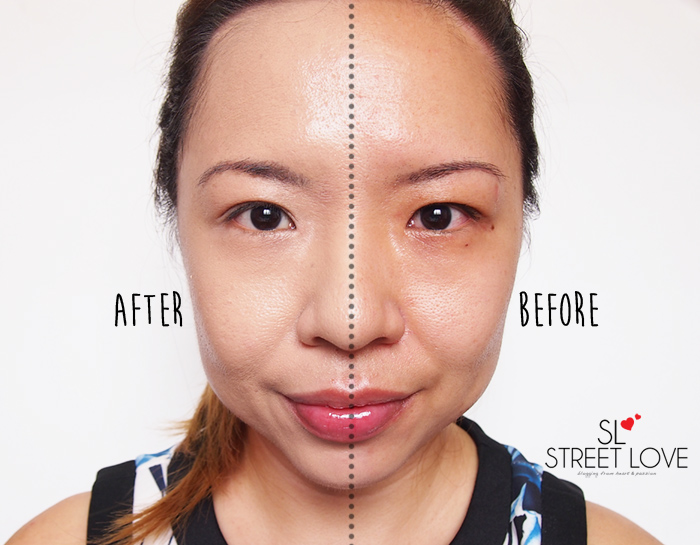 My left side of the face has more post-acne marks than my right and everything was covered with Magic Snow Cushion. The shade 22 Pink Beige is a tab bit too light for me as I am now more tan from all the under sun running but fair base is easier to tackle than dark base as I can always fix it with darker finishing powder or bronzer.

Understandably, Korean products are more moisturizing and dewier but this April Skin Magic Snow Cushion is more matte, probably due to the higher coverage payoff. I do have to set with powder like I always do with any other foundation or base products i.e. BB Cream and CC Cream. As the hour goes by, it looked better and better. It is able to stay on flawlessly all day. Do note that it has a floral scent to it, which I find a bit too strong during application but goes away after some time. If there is any cushion foundation I would recommend, it would for sure, 100% without any doubt to be this April Skin Magic Snow Cushion. 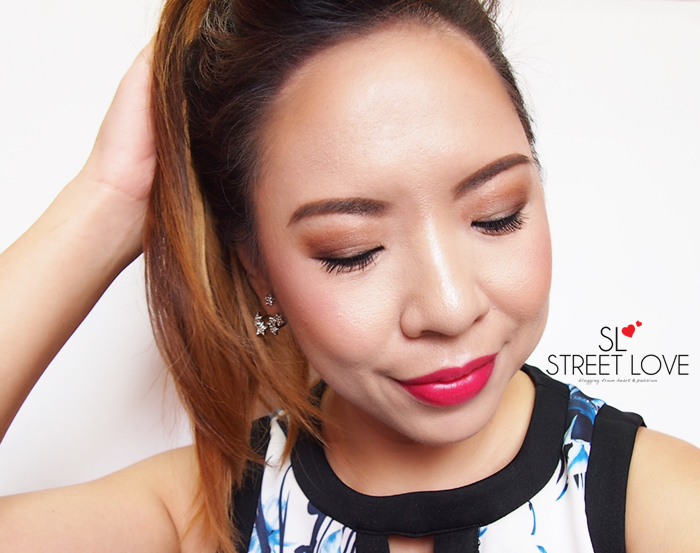 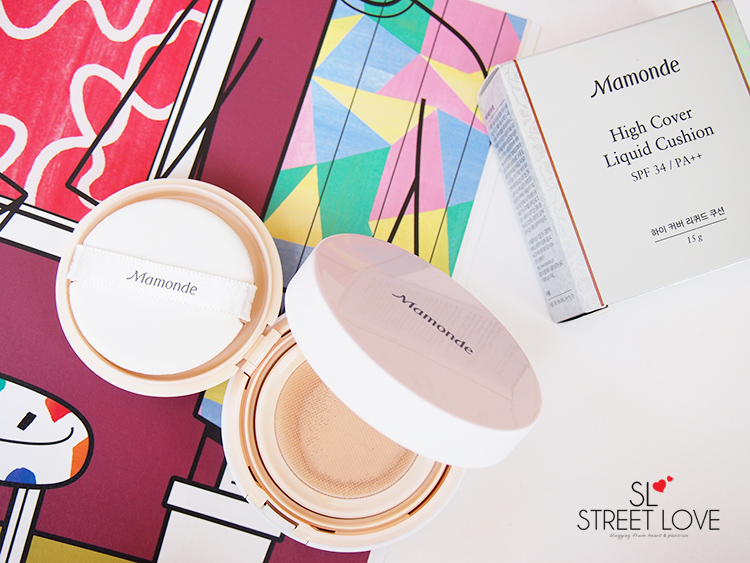 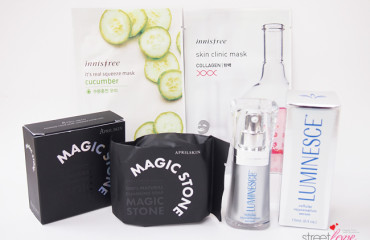 Shopee Mobile App: Buying and selling made easy at your fingertip