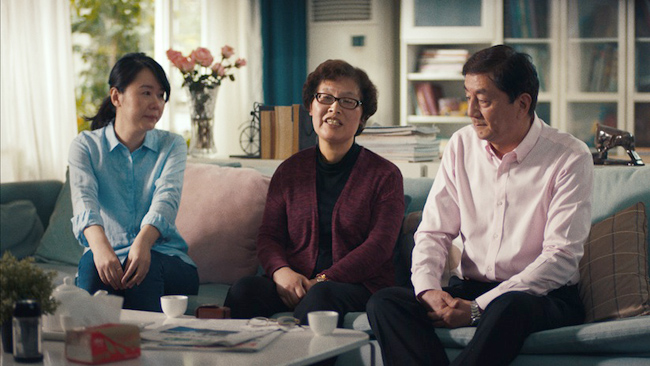 In this millennium world, one would think late marriage or not having kids after marriage is something normal. Not in China. Single women over the age of 25 are being labelled as “Sheng Nu”, which translates to “leftover woman”, a term was made popular by the All-China Women’s Federation in 2007 according to The New York Times.

Keeping up with the theme #changedestiny, an ongoing global campaign to inspire and empower women to shape their own destiny, SK-II launched a four-minute film “Marriage Market Takeover” empowering single women in China to stand up from being labelled as leftover woman.

The four minute empowering film with 1.4 million views to date shows that marrying for love is not as easy as said. In China, parents would list their unmarried children in the marriage markets. Parents would go to the extend of posting ads up, comparing and matching height, weight, salary, values and personalities of their own child. The film also features the dilemma of the interviewees between choosing their own destiny and meeting their parents’ expectations.

SK-II is taking a positive approach in helping these women face the pressure with this campaign. A huge and beautiful installation was made with SK-II’s own ”marriage ads” with messages from hundreds of independent women, stating that they want to be in control of their own destiny. 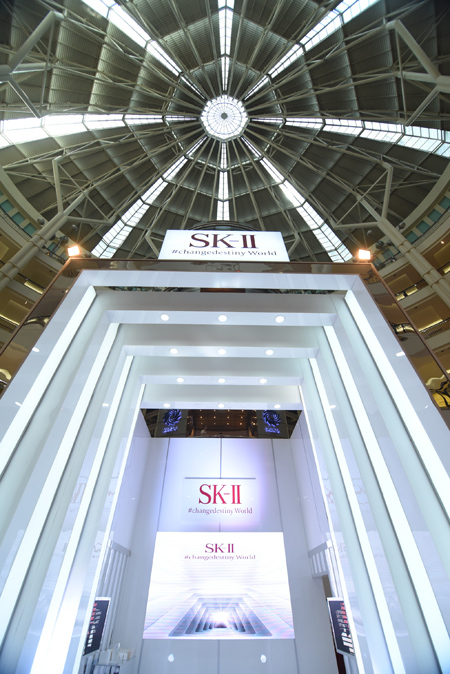 Last week SK-II gathered all of us for #AuraGoals Party with Yuna for the anticipated launch of GenOptics whitening range at Suria KLCC. KLCC concourse floor once again came alive with the exciting crowd consisting of VIPs and members of the media. This time around, with Yuna fans as well.

Beauty News: Change The Destiny of The Woman Who Changed Yours with SK-II Spring Butterfly Limited Edition Facial Treatment Essence 2016 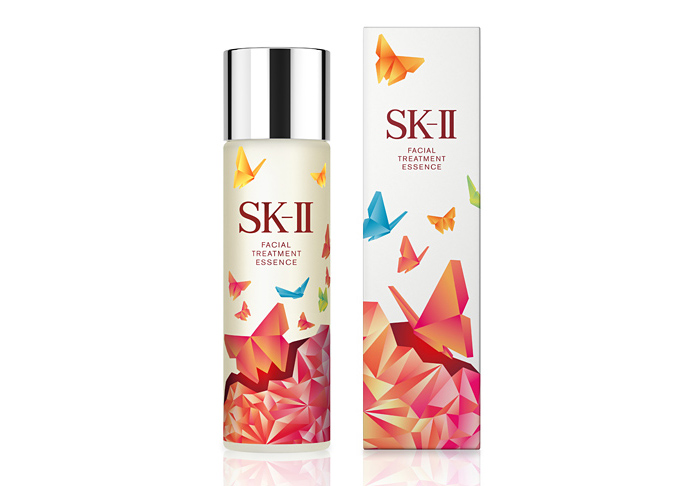 This Mother’s Day, it’s time to change the destiny of the woman who changed yours with the ultimate gift of beauty: crystal clear skin that lasts 10, 20, even 30 years.

The exclusive SK-II Spring Butterfly Limited Edition Facial Treatment Essence 2016 edition is inspired by the transformative power of the mother-daughter bond, it’s the perfect gift for the woman whose unconditional love gives you the strength to soar beyond your potential and change your destiny.

Available from 1st April 2016 onwards for a limited time at all SK-II counters nationwide or while stock lasts. 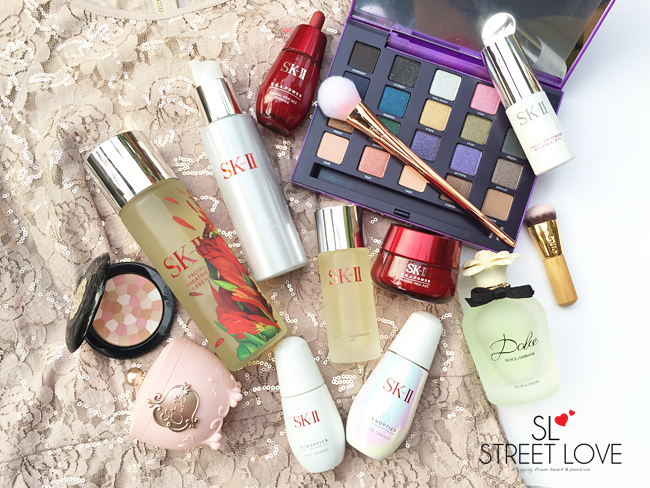 Thank you so much to everyone who participated in my recent SK-II Pitera Essence Set Giveaway #notsponsored which ended yesterday. As promised, there is another surprise for all of you <3

A very big thank you to SK-II Malaysia for providing the BRAND NEW SK-II GenOptics Spot Essence 30ml (worth RM470) and GenOptics Aura Essence 50ml (worth RM790), which just hit the counters this March 2016. You may want to read about the new GenOptics Whitening Range at this link. 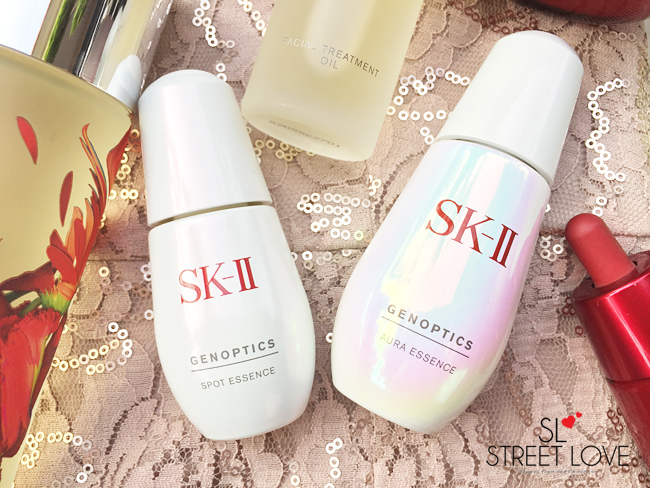 Note:
– You may repost as many times as you want.
– Giveaway stars from 21st March (Monday) to 27th March (Sunday).

Terms & Conditions (Please read carefully)
1) Open to Malaysia residents only.
2) Contest ends this Sunday, 27th March 2016, 11:59 pm.
4) Winner will be chosen randomly by yours truly and I will announce in this post.
5) You are not allowed to sell it away in any platform at all. So if you do not want to try or need it, please give a chance to others who wanted to ya.
6) Winner will be notified by email and you will need to reply within 48 hours or else the prize will be forfeited and snow ball to the next winner. 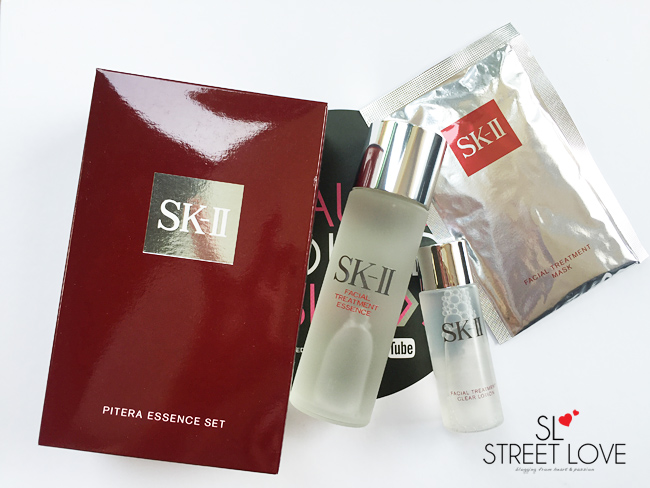 I sorta mentioned in a recent blog post that I will be doing a giveaway. And I sorta forgot to take photos of the prize (again!) until today after I paid a visit to SK-II counter for a Magic Ring skin test and consultation.

Now, I do not have a lot of giveaway as before so this is something rare for me to do 😛 . In conjunction with the rebranding of Street Love, I have a set of SK-II Pitera Essence Set worth RM199 to give away. Please take note that this giveaway is not sponsored by SK-II by any mean. I happened to have two sets in my stash so I thought to give out one (1) set to one lucky reader to try. This will be a good starter set for anyone who has been wanting to try SK-II 😀 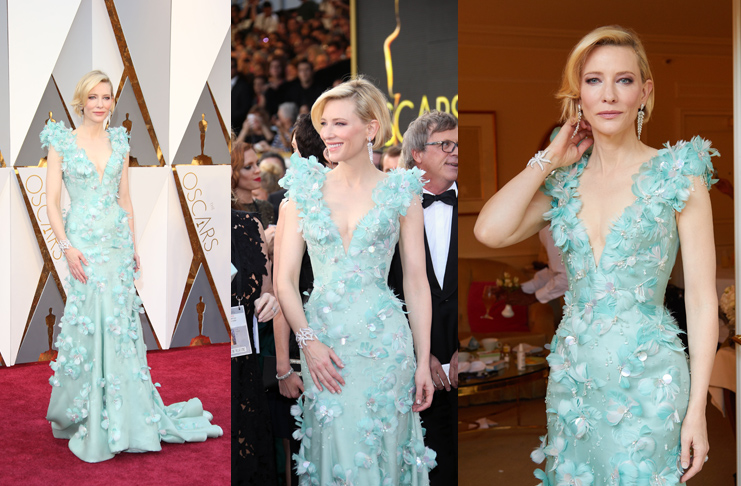 Not only we spot Cate Blanchett looking absolutely stunning on the recent Oscars red carpet donning a Armani Prive feather and crystal trim dress, she was also looking radiantly beautiful. We went behind the scene with Cate’s makeup artist, Jeanine Lobell on how she prep Cate for the big day.