About Me In The Media 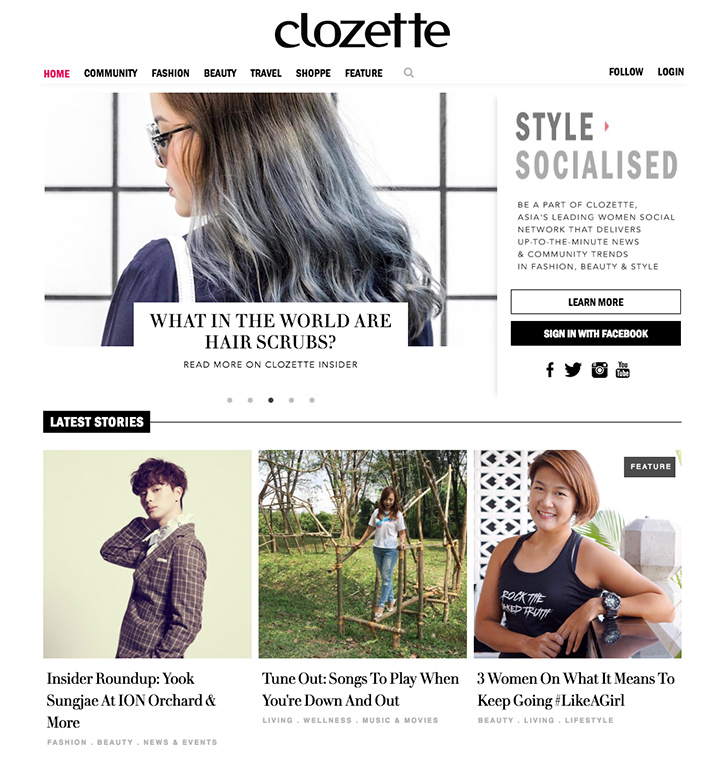 If you ever get into my car, you will hear me apologizing the minute you get in all the way till we reach the destination. That is because my choice of music genre is not everyone’s cup of tea. Well, not everyone’s cup of tea to be precise.  I was friends with Slyde of Poetic Ammo back then (he has since formed Dragon Red) since I was 14. I remember I asked him about rap music, as he’s a rapper who had won several music awards ICYMI. He told me about a genre called black rap. It’s a rap that swears from top to bottom lol. I find it amusing but I could never understand a word. Then I found the music genre that I like, and that is hip hop as well as R&B.

When Clozette approached me for my playlist. I panicked. How do I put out my playlist when there’s too many mention of F, P, D, C and so on? Lucky for me, I have another playlist which consists of songs I listen to when I run. Funny enough, I run with more mellow songs. Chill R&B as I called it. Some songs are not even R&B at all. They’re just songs I discovered on Spotify and I totally love it. I bet you wouldn’t have figure out that I like Frank Sinatra’s Witchcraft, eh? 😀

END_OF_DOCUMENT_TOKEN_TO_BE_REPLACED
About Me In The Media Malay Mail

In The Media: Malay Mail 26th March 2016 Interview on Selfie

A few days ago Sabrina B from Malay Mail asked if she could interview me for her special report on selfies. She said it is one of my forte. And I’m like…me? Selfie? My forte? *shock face*. It has been a while since I appeared in any media coverage 😛 . Today, I am on Malay Mail page 7! A half page mention with a full blown photo of me doing the jumping-for-joy shot. Ohhh that is what they called, eh? It is a part of Malay Mail Special Report: Dying For Selfies.

CompareHero.my Feature – We Asked Malaysian Bloggers: “Is Valentine’s Day Worth It?”

Sometime end of January, I was approached by CompareHero.my, a financial comparison website in Malaysia on contributing my thoughts to their upcoming Valentine’s Day article. Now, usually I do not do this but this time round I agreed with no promises as I wanted to see the questions in advance. You know, just in case I have agreed and I was not able to answer the questions properly? lol

So the article was out a few days ago 🙂

END_OF_DOCUMENT_TOKEN_TO_BE_REPLACED
About Me DHC In The Media

Remember the review I did for DHC Deep Cleansing Oil and DHC Mild Soap back in July 2013? The story on how this mini appearance in the product booklet begin when I met up with the brand people from Watsons (exclusive retailer for DHC in Malaysia), where she handed me a bottle of Deep Cleansing Oil and a bar of Mild Soap to try and for review. Then came a small request to provide a testimonial for their upcoming DHC Double Cleansing Essentials Booklet. 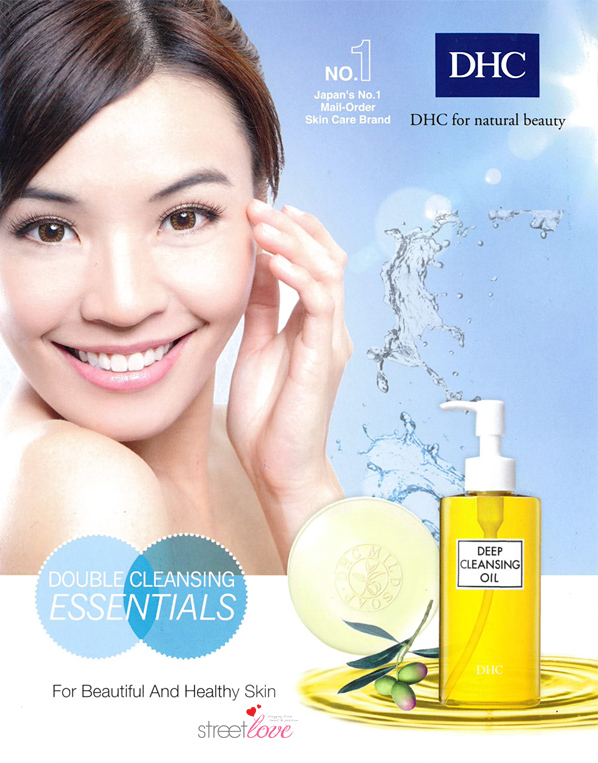 It was a rush project. Initially the brand people requested for one liner testimonial but she also told me I can do a longer one if I wanted to. Being a thorough product reviewer all these while, you bet I gave her a longer testimonial 😀

END_OF_DOCUMENT_TOKEN_TO_BE_REPLACED
About Me In The Media Talika

I’m a little late in documenting the milestone that I have make in blogging for Street Love but it’s never too late to start one 😀
Thanks to Talika Malaysia, I have a a brief fame in Red Tomato Issue #166 (30th Nov 2012 – 6th Dec 2012) on Lipocils Experts. Just in case you didn’t know, Red Tomato is the largest circulated free Chinese weekly newspaper. Prior before that, I was ask to participate in a 28-days challenge for Lipocils & Black launch and my result is one of the most visible one. So myself and another blogger get to put up a short testimonial on our personal experience in the newspaper. 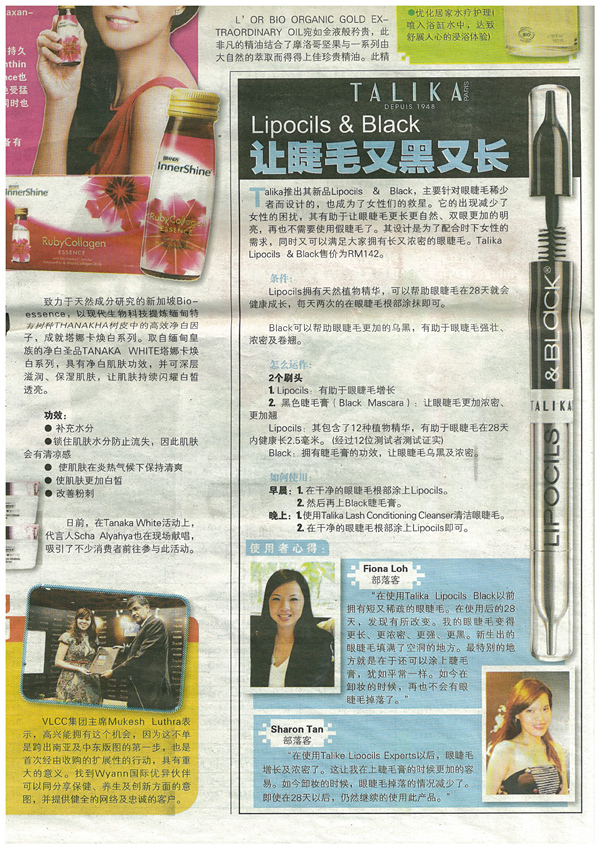 It’s in Chinese, I myself can’t read Chinese at all lol so here’s the English version which I provide for Red Tomato translation.