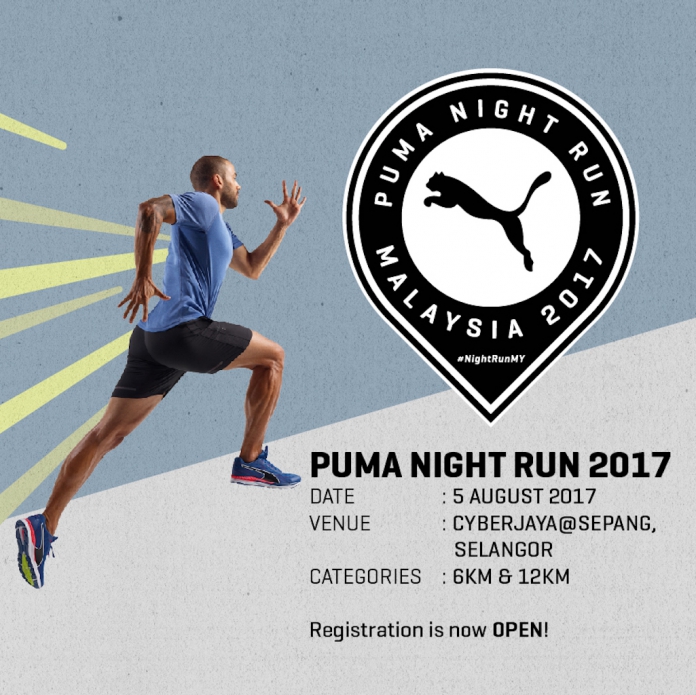 Last year I wasn’t able to run at the PUMA Night Run 2016 due to “runner’s feet” syndrom aka Plantar Fasciitis, which my friend referred to as the “Planta” 🙂 . Because I already registered as media months before, I still went as I do not want to back out last minute. I wouldn’t want to miss the event for anything! Plus I will be fulfilling my duty as media for the event. I had to walk the entire 12km in pain. Not fun at all but at least I gave a good sportsmanship and went, instead of sulking about the pain at home. Let’s just say after the event I have to do a lot of ice bottle rolling and golf ball rolling recovery 😛 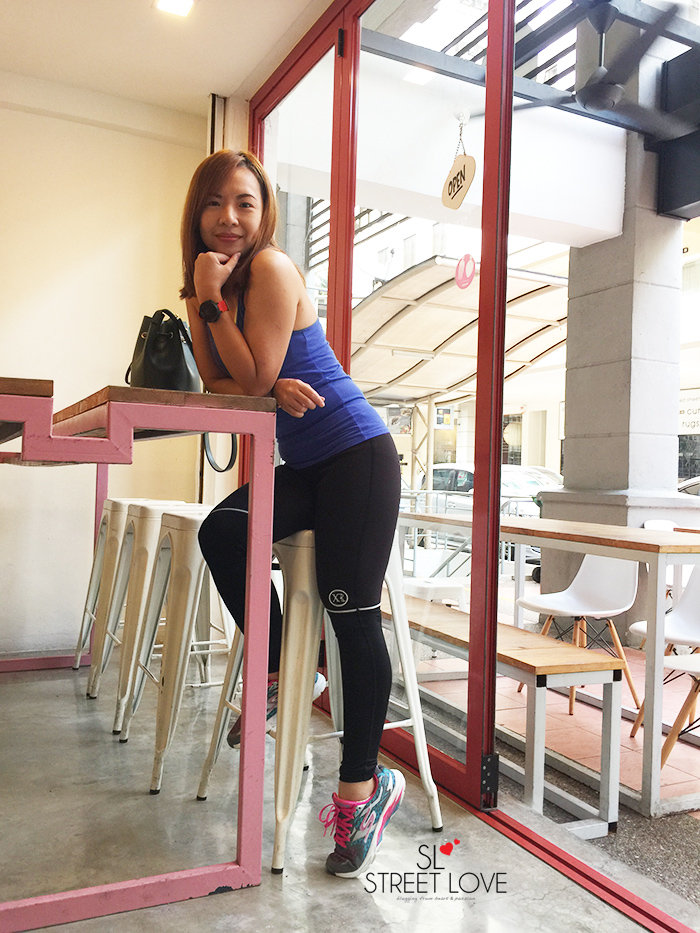 I love the XIERRA Thermal Pants I own. It comes in my favourite purple color, it’s a capri which gives me the option when I don’t feel like wearing a long pants for workout. What’s not to like? But there is something missing. Something that I wish XIERRA would make too. Then, XIERRA launched the Thermal Pants Fusion and I felt that the missing piece was filled. Yeap! The missing piece for me is the Black color option. Not only XIERRA read my mind on the color Black, the new Thermal Pants Fusion is also an “upgrade” in so many ways. I’ll tell you why.

XIERRA Thermal Pants Fusion is a long pants. XIERRA’s first thermal pants is a capri so a long one like this would fill the void for people who wanted a long version instead. I, for one sometimes prefer a long pants. Sometimes 😛 . A new feature with the Thermal Pants Fusion is also the meaning behind the word “fusion”. This time, the long pants are made and incorporate two different type of material. The top until the knee top is made with the typical thermal pants material, which the remaining bottom is made with breathable spandex material for the extra comfort.

#IWillBeOkay X Clinelle Shape Up Metafit Post-Event: The Most Relaxing but Intense Campaign #4 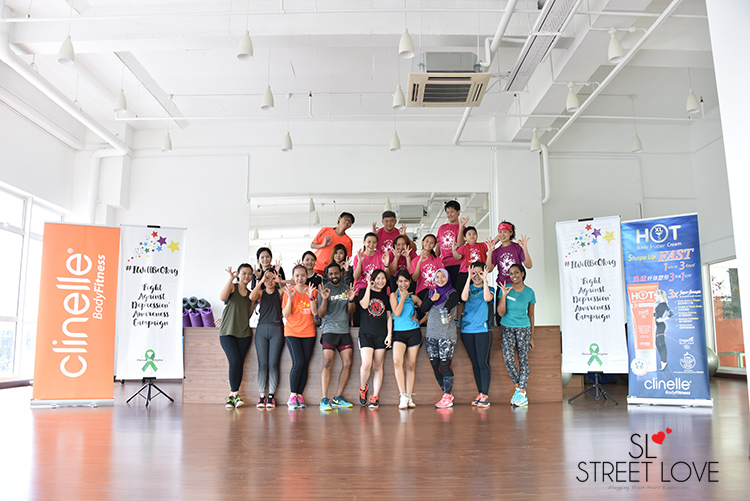 With a blink of an eye, #IWillBeOkay is one year old now and has entered into its 4th campaign to date. I have an aim of running a campaign every quarter but right after my #IWillBeOkay Trail Hike ended, I got a call from Clinelle asking for a collaboration. Immediately I went into planning mood. I already knew what I want as I have spoken about it for so long, even before the trail hike event. Clinelle was looking forward to “re-introduce” their Hot Body Shaper Cream and my fitness event fits the bill.

The event was supposed to happen in April, a month after 3rd campaign ended. But due to the venue issue, it was postponed to early May. Still not too bad. And since this 4th campaign happened so early, I had more time off now 😀 . Planning this Metafit event was way easier than planning a full-on outdoor event like the trail hike because of many reasons such as people management, safety, goodie bags, T-shirts and so on. Due to bad experience from the last event whereas 3 sets of goodie bags and meal was stolen, I took everyone’s advice and charge a minimum fee this time. The fee of RM35 per person is not even enough to cover the coach fee, brunch and the advertising I put on Facebook as well as Instagram. And because there is a charge this time, people are reluctant to sign up unlike the last event. Let’s not even get to the part where I get a lot of sh*t from people asking for medal, cert and many more. 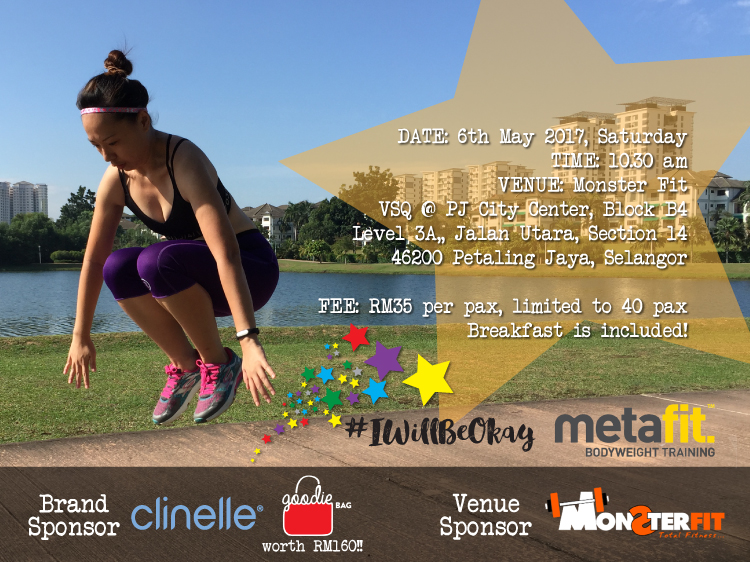 Many of you know that I run but I think not many of you know that I am also into bodyweight HIIT training as well. In fact, I sort of slowed down my running for HIIT training. And the kind of bodyweight training I am into is not the normal version but rather a more intense workout named Metafit. I spoke about having regular Metafit session for my #IWillBeOkay ‘Fight Against Depression’ Awareness Campaign for so long. Even way before I started planning for #IWillBeOkay Trail Hike event. Because the trail event needed a lot of planning so that took off first.

Initially I am skipping the coming quarter (June) campaign as I am drained out from the last event. However when Clinelle asked to collaborate for an event for their Hot Body Shaper Cream, I jumped onto the opportunity. Hence this #IWillBeOkay Shape Up Metafit Training. Clinelle Hot Body Shaper Cream AND Metafit is a perfect combination!

What Went Down at #IWillBeOkay Trail Hike Event – The Highs, Lows, and The Drama 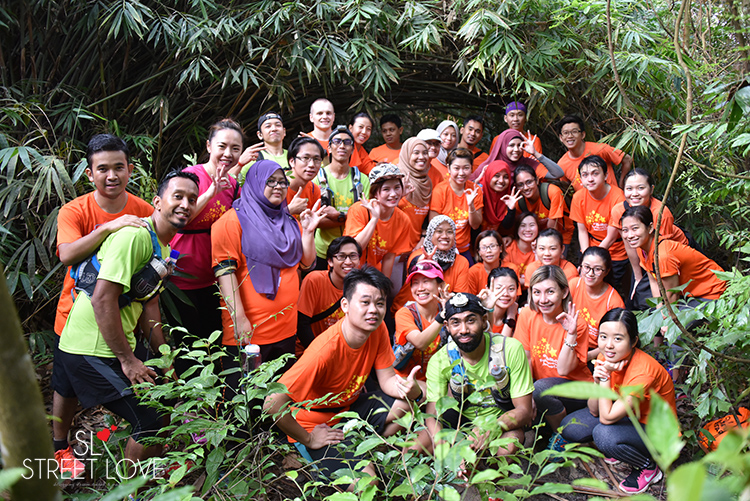 Wow. I cannot believe it has been a month since #IWillBeOkay Trail Hike event was held. Everything happened so fast! The idea to have this event came right after I ended my 2nd campaign, which was the #IWillBeOkay Beauty Bag. Then the sourcing for sponsorship starts after I made a call to Ariff to ask him if he would lead the runners for my event. He said yes and I started making plans. Comparing to the beauty bag, this was much more easier as it does not involved a lot of sponsors or rather no key sponsors at all that I need to answer to. Everything was down to me and what I want basically. 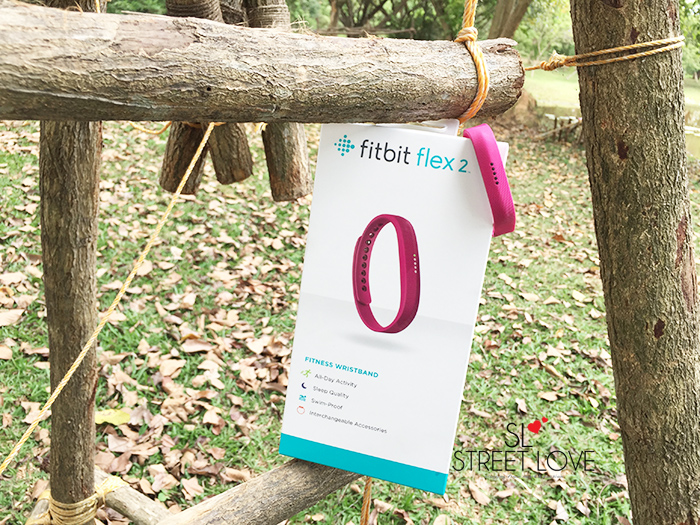 I never quite understand it when someone is very much into data from working out. “Data junkie”, as I called it. It is only recently that I turned into a data junkie myself that I now know why working out and reviewing all the data later on is so satisfying. I for one is not into my pace or time when it comes to running but data? I like! What if i tell you that there is a fitness wristband that is able to provide you with so much more than just data from your workout but also data on your lifestyle routine? Introducing the new Fitbit Flex 2.