I feel so bummed out that I wasn’t able to post up Little Black Box review as I wasn’t happy with the individual product photo. I suppose I’m too used to take beauty product photo that I’m clueless on fashion accessories? I am not kidding when I said that. It’s depressing lol. There’s no backup plan at all. I usually have a clear mind set and mentality well-prepared on what to blog for which particular day. For the first time I didn’t know what to blog about! Not knowing what to talk about for the day drives me cray cray 🙁

Just when I was about to shut my laptop and call it a night, I’ve decided to look through both my camera’s memory card and search if there is anything that I have taken photo but have not blog about. Then I found these! My long overdue Guerlain Meteorites Perles collection :D. Get ready for some eye candy peeps! 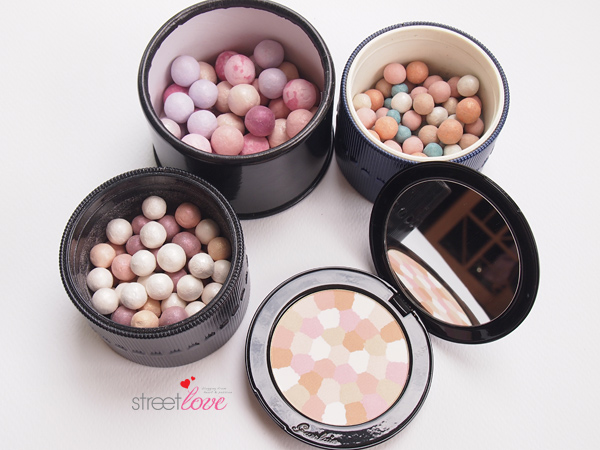 I’m a late bloomer when it comes to Guerlain Meteorites Perles. Why not, right? I mean just look at the price tag. It’s no wonder I don’t mind being a late bloomer at all. It took me quite a long time to finally get my heads around the product and the price.

My first Guerlain Meteorites Perles is actually from the permanent line. I was told Teint Rose is kinda normal and Teint Beige will give me that needed glow. So I settled with Teint Beige, right until a reader told me that the beige in Teint Beige can make yellow skin tones look more washed out and sallow so Teint Rose will suits me better. Then it hit me. She was right. The illuminating that I was getting from Teint Beige doesn’t suits me at all! I was lucky that a reader who will remain anonymous for now is looking to buy Meteorites Perles and so I sold her mine 😀

At that time when I own Teint Beige, I also bought Guerlain By Emilio Pucci Meteorites Perles just a month after my first purchase.

This is my daily staple most of the day as it’s at my reach and the rest is in the drawer :D. After continuous use daily for quite some time, I can see that the pearls is getting about a quarter smaller now. One thing that I don’t like is that all the blue pearls is softer than the rest of the pearls so it is now all crushed into powder in the can from all the swirling. This give me a teeny weeny problem because I may look too blue at times and sometimes my face look too brighten up from the blue pearls. Either way it doesn’t look too good. 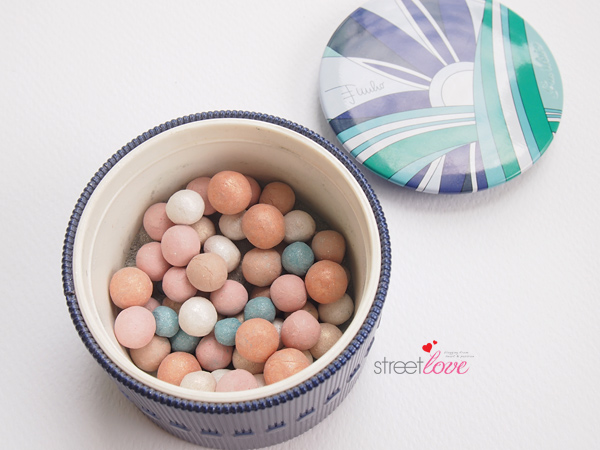 I returned to Guerlain counter when Meteorites Perles Du Paradis was released. I’m a sucker for pretty packing regardless metal can or paper cardboard I tell ya. This one is unique. Guerlain ditch their iconic metal can and went back to paper cardboard, which many detest. I didn’t own any so I don’t mind having one for collection. But seriously the price is a bit expensive for a cardboard packaging. It does however comes with a cute puff and the paper jar is larger in width and taller in height. Not only that. The pearls are bigger too! But of course lesser pearl count. I have now contain all the pearls in a clear plastic in the jar because all the swirling causes the pearls to stain the inner white wall of the cardboard jar. These pearls gave me warm and pinkish complexion if I were to be heavy-handed. It’s also the one that I reached the most beside the Emilio Pucci version 😀 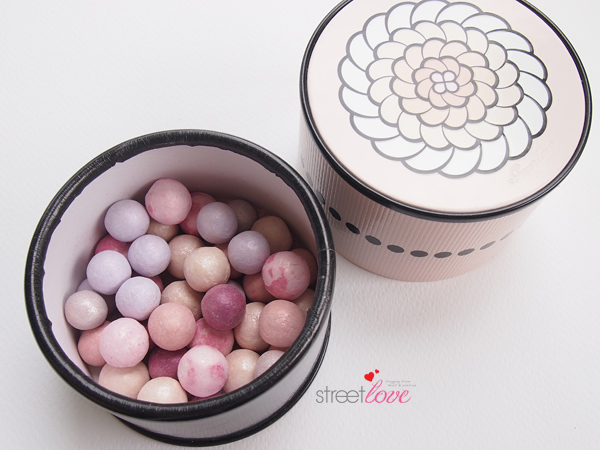 I hated Guerlain Meteorites Perles Du Dragon the first time I saw it because it’s just too whitish and shimmering for me. Reviews online also said that this is too shimmery. After a few months I secretly bought it through a friend for a fraction of the price. So yes, the cheaper price is the only reason why I bought it :D. I do agree that this version is a tad bit shimmery but you know what? I kinda like the effect on me. I would say this is something in between the Emilio Pucci Meteorites Perles and Meteorites Perles Du Paradis. Sounds perfect right? In fact this is also the one I use the least probably because I have this stuff on the most inner part of the drawer. This reminds me to take it out for more love :D. I really regretted for not buying two because it’s really cheap! Urrgghh! 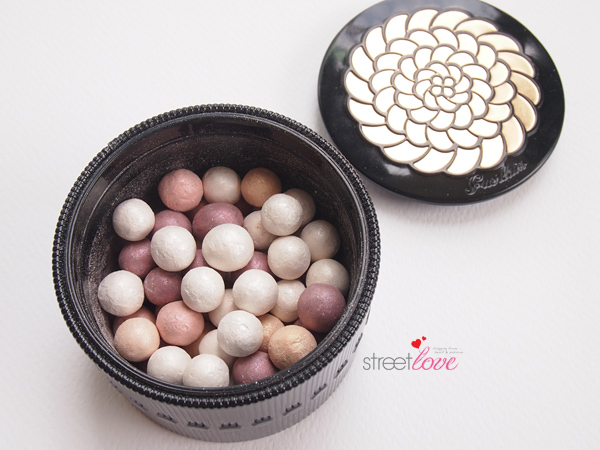 If you like the loose Meteorites Perles, most probably you will like the pressed powder version as well. Guerlain Meteorites Wulong Exceptional Pressed Powder is also from the same collection as Meteorites Perles Du Dragon. The price is absolutely insanely expensive (not sure if there’s such word) but yeah, it’s really pricey. I too bought this from a friend for a much more cheaper price. I have thought of getting two but no reason to do so since it’s refillable. I like this mainly because of the sleek black casing. The pressed pearls on the compact is also quite similar to the loose one. I have yet to break into this so can’t really comment much on the effect other than the gorgeous packaging. 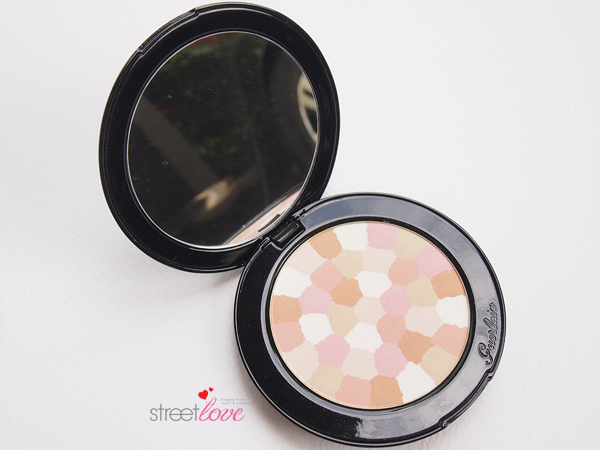 The only recent Limited Edition Meteorites Perles that I couldn’t bring myself to purchase is the Crazy Paris Meteorites Perles. I like the motives on the top of the lid but not crazy with what’s on the surrounding of the can. So I’m doing my wallet a favour and saving up for the 2014 new packaging for Meteorites Perles permanent line. I’ve always wanted to get Teint Rose 😀

Hope you enjoyed reading this impromptu blog post about my very small Guerlain Meteorites Perles Collection. Honestly if I were to buy more, I wouldn’t know what to do with all of them and how to finish it lol. I’m alright for now. 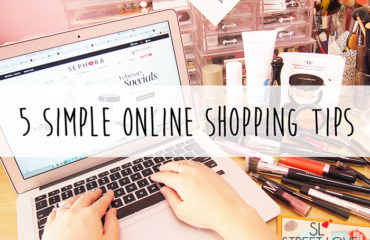 CompareHero.my Feature – We Asked Malaysian Bloggers: “Is Valentine’s Day Worth It?” 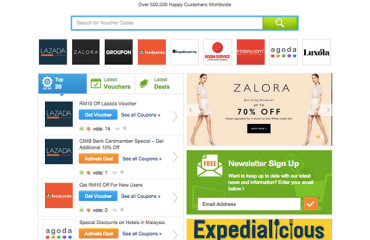